At the National Catholic Singles Conference, Vicki Thorn will share with women some of the compelling aspects of their call to be daughters of God. 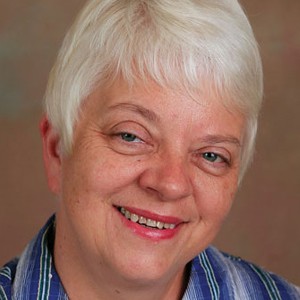 Can you give us a preview of what you’ll be speaking about?
I’ll speak about who we are called to be as Catholics. Who are the women who went before us because we do not know a lot about the saints who went before us. Many of us don’t realize there were married, divorced, and separated saints who had children. The role of women in the Church has been, since the time of Jesus and maybe before in terms of the Old Testament, to be pragmatic responders. The women saw the need. Mary and Martha did different things for Jesus. One listened and one fed him. Throughout history, women saints (at a time when women were chattel) were doing things like caring for the sick and educating women. Who started educating women? Catholic women. They said to the bishop, “we’re nursing the sick and teaching the kids.” This was a cooperative effort. We don’t claim to pretend that women were shoved to the side – and they weren’t.

What are some of the sociological changes that have negatively impacted the generations since 1960?
We acknowledge these shifts, but we don’t think about the long-term consequences. I will touch on the following issues in my talk:

How might these wounds be affecting today’s single Catholics?
In tons of ways. If my father hasn’t been in my life consistently, how would I trust God the Father as being a caring entity? I may be an adult but that doesn’t mean my heart, or my spirit are grown up.

In the case of an “oops” kid, what if your mother had an abortion before you? You’re going to carry cells from that child and you have biological knowledge that somebody’s missing.  Or if you tried to talk someone out of an abortion and couldn’t stop it, you feel helpless and somehow responsible, even if you didn’t encourage it.

Many families of young single Catholics weren’t well catechized. These young people have not grown up in a truly Catholic environment. They may be nominally Catholic, but they don’t have the rich traditions of two generations ago when little kids saw grandma’s faith and, though they didn’t necessarily understand it, they knew it was part of the family. Many young people don’t have that experience.

The wounds they suffer from broken relationships are spiritual and psychological. If they’ve had an absentee mother, how do they make sense of the Blessed Mother? If there’s a broken family, they may not be practicing any faith at that moment.

How do we find healing from those wounds?
First you have to recognize you’re wounded. You can’t heal what you don’t know. Also, it means truly engaging with God. When I help women who are healing from abortions, I had this insight that we need to say to God as a spoken prayer, “I give you permission to heal me.” Many of us with our woundedness tend to hide behind façades that we’re perfect or competent while inside we’re an emotional mess.  We have to open the door for God’s grace through prayer. Then our wounds can become gifts that may help us minister to, or understand, other people. But if I haven’t healed, they’re just getting increasingly raw.

My experience of working with people who’ve had abortions is that healed people are really given a new lease on life. Many become promoters of life in some fashion. They have an experience of God’s mercy which changes them in a very concrete way, and they begin to pursue the question of faith and their own growth.

Every one of us is wounded in some way. Healing can happen as we encounter God and recognize that when we’re wounded Jesus is carrying us like the Good Shepherd. Often when we’re suffering, we don’t know where God is. And we feel like once more nobody’s here. More than just a verbal prayer, it’s opening ourselves to God and saying, “heal me, whatever it takes.”

What is one thing people might not know about how men and women bond in relationships?
When we engage in intimacy, hormones change us, and we cannot turn them off. We become bonded to those people, even if we walk away. If I am engaging in sexual intimacy and I’m exposed to my partner’s seminal fluid, I absorb it for 15 hours. That’s significant because it contains more than 50 compounds. Both men and women are getting hormones that bond them to each other. They are biologically and physiologically changed by those acts of intimacy.

We live in society that’s led us to think we’re sort of disembodied. That it’s all in my intention, I can have random hook-up sex because I don’t intend for it to mean anything. The reality is we can’t turn our bodies off and they’re designed for coming together.