The National Catholic Singles Conference (NCSC) was created to give single Catholics the opportunity to grow and be in encouraged in their faith through talks by dynamic speakers, time for prayer, and various social opportunities, which provide a great balance of inspiration, fun and fellowship!

Over the last 17 years, since the first conference in Denver in February 2005, over 5,000 singles have participated in conferences in the following cities. (Check out our list of supporting dioceses and speakers here.)

A note from NCSC Founder and Director Anastasia Northrop

Here is a bit of background on the National Catholic Singles Conference.

What Inspired The Conference

I made the decision to organize the first conference in the summer of 2004, after hearing Mary Beth Bonacci speak on the Theology of the Body and singles. In the meantime, a friend of mine had been urging me to organize a conference especially for single Catholics. With the help of another friend, I held the first National Catholic Singles Conference (NCSC) in February of 2005 in the Archdiocese of Denver. Being the first one of its kind, I had no idea how many people would come, but we sold out with 400 attending. Before the weekend was over, I was being asked when the next conference would take place. And here we are, 9 states, 20 conferences, and over 5,000 attendees later!

It has been a great joy to meet so many new friends at the NCSC throughout the years and to work with so many fantastic volunteers in various states. It’s always inspiring to hear about new connections made – including several marriages!

It is my hope that every year we all come away from the conference encouraged in our faith and our walk with Christ, inspired to give ourselves during this single time in service to others, better connected to our fellow brothers and sisters, and hopefully, more prepared for the vocation or mission to which God has called us!

How You Can Help

Together we can make the National Catholic Singles Conference an even better event that touches even more lives! I still need volunteers to help with local and regional promotion of the conference, wherever it happens to be, as well as to help with various logistical aspects.

If you want to bring the NCSC to your area and have a team of friends who want to volunteer with you, please let me know!

In the meantime, I ask for your prayers as I continue to strive to make the best decisions for the NCSC and follow the Lord’s call in my own life. 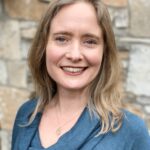